Keith Watling started his musical adventures being inspired by the love of music shown to him by his parents at a young age. At the age of nine he took up the piano and learned the written language of music. 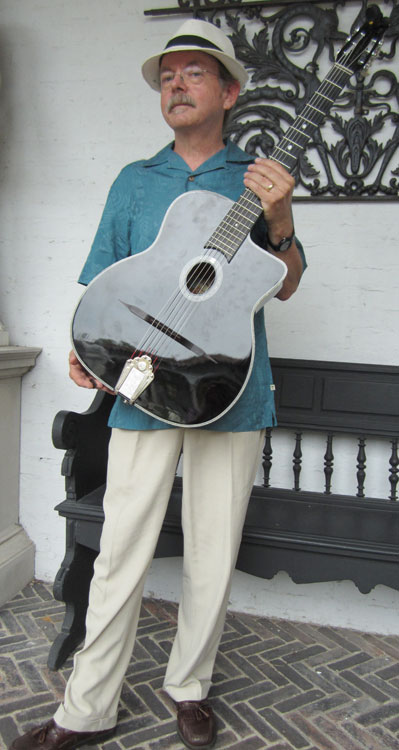 In junior high school he took up the tenor saxophone and was inspired by the works of George Gershwin. The guitar came into his life when he was seventeen.

Keith has studied guitar at the Wisconsin Conservatoryof music where he received two scholarships.

His recent activities include  the guitarist with Penny & the Jazz Guy, bassist with Julie Thompson and String Theory, 2nd guitarist with Smith Binder Jazz and solo performances in local venues.